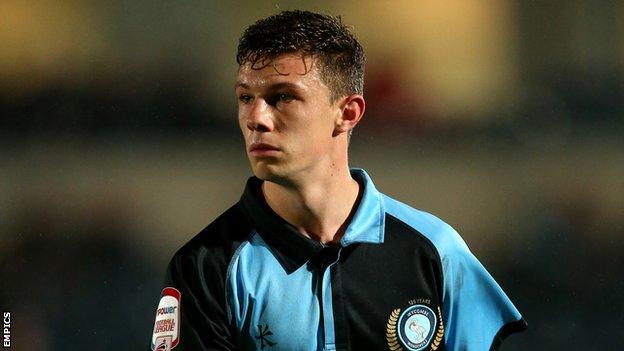 Wycombe twice came from behind to defeat Rotherham and move off bottom spot in League Two.

Daniel Nardiello poked the Millers ahead after 18 seconds, but Dave Winfield headed home the equaliser from Josh Scowan's free-kick.

Mark Bradley's drive put the hosts ahead again, but they were pegged back when Matt McClure slotted home.

And McClure wrapped up the Chairboys win when he lobbed the ball over keeper Andy Warrington.

"The performance wasn't good. We go down to 10 men and we're already battling with eight or nine key players missing.

"We were poor tonight and we're back to playing players that aren't good enough to be in a promotion team.

"We're playing players that wouldn't be in the team. These players are not good enough to win games in League Two."

"One man took the headlines. Matt McClure has come in, taken his chances and put them away.

"Everyone played their part - the fans included. To get the three points on a Tuesday night is a fantastic result and hopefully we can build on this now."