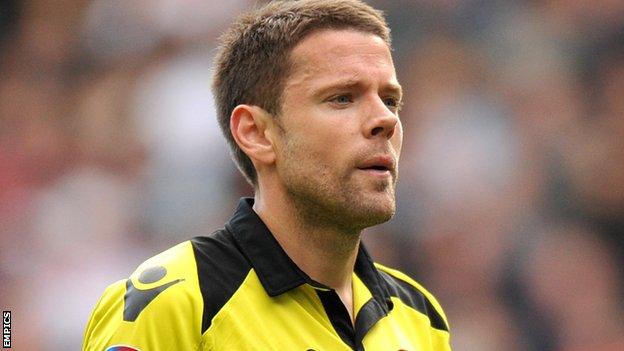 After Youl Mawene fouled Romuald Boco in the area, Beattie converted the penalty to score for the first time in 54 matches.

George Miller doubled the lead from close range, and Boco scored a similar effort to make it 3-0 after the break.

Jamie McGuire fired in for the hosts, but defeat means they miss the opportunity to go into the top three.

"Defensively, we were all over the place. I've not seen anything like that for a long time.

"Again, as the manager, I'm supposed to coach them their defensive duties and obviously I haven't communicated that with them properly."

"To win 3-1 at a place like Fleetwood shows that the lads have conducted themselves fantastically. Not only did we win, but we played some very good football.

"I'm pleased with all aspects of our game because the home team will put you under pressure, and when they did, we coped with it very well.

"We took our chances at the right times and we thoroughly deserved to win."