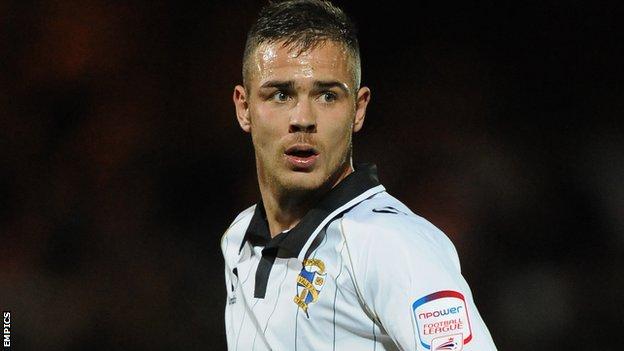 Tom Pope became the quickest player in Port Vale's history to score 20 goals in a season as his hat-trick helped thrash Bristol Rovers.

He opened the scoring when he chested down a long ball and crashed an 18-yard shot into the net before later heading home from point-blank range for 2-0.

Ben Williamson then ran in a loose ball for Vale's third after Pope's header came back off the inside of the post.

Pope was not to be denied and sealed the record with a 16-yard header.

"We didn't keep the ball up front and the two boys up there didn't work as hard as we wanted them to.

"They didn't do what we needed them to do in terms of defending and attacking.

"We had six clear-cut chances, not half chances, I thought they were decent chances.

"It's hugely disappointing as they practice every day but when it comes to a game like this they can't convert it."