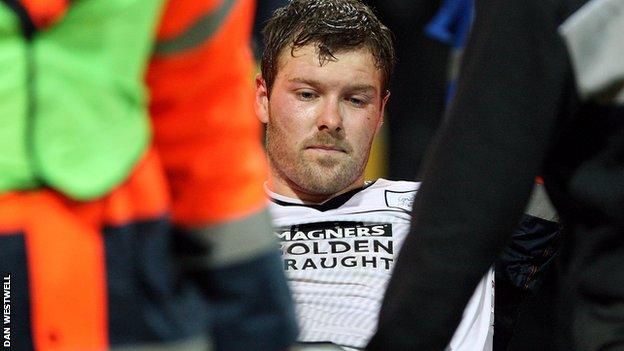 Notts County extended their unbeaten away run to 19 games with a draw at Preston, despite having a man sent off.

Stuart Beavon should have put the hosts in front when he dispossessed Bialkowski, but his shot was cleared off the line by Gary Liddle.

Jamal Campbell-Ryce then saw red for the visitors for a tackle which left Scott Laird with a broken leg.

"I thought the tackle was out of control and, when you do that, you put players at serious risk.

"It's obscene to do that. Players have got a responsibility to each other.

"Going out of control in that fashion has got no place in football."

"We knew before the game it wasn't going to be a pretty spectacle, the way they play their football.

"They asked us different questions. We had to be brave, we had to be strong, we had to go toe-to-toe and try and earn the right to play our football.

"I don't think we played enough football but give (Preston) credit, that's down to them. We stood up to the task that was asking, didn't quite create enough going forward but very pleasing."