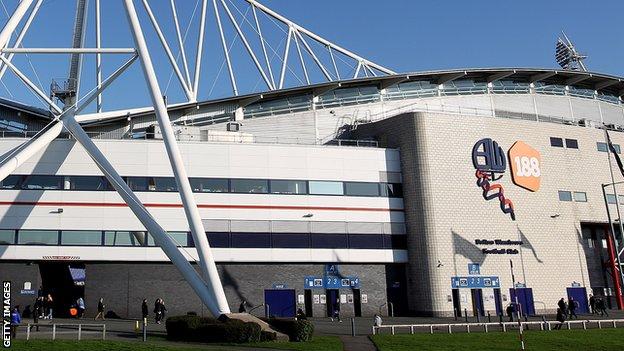 Bolton Wanderers recorded a loss of £22.1m in the last financial year, taking their total debt to £136.5m.

However, £125m of the debt is owed to owner Eddie Davies, which has been refinanced into a long-term loan.

"It is a huge vote of confidence and underlines the on-going support and commitment he has for our club," said chairman Phil Gartside.

The club's parent company, Burnden Leisure, revealed losses were down from the previous figure of £26.1m in 2011.

The figures take in the 12 months up to 30 June, 2012 and were helped by Bolton being able to recoup about £10m from player sales, including the departure of

Wanderers were in May, ending their 11-year stay in the top flight.

Gartside told the club website: "We continue to face a tough economic climate, but we have continued to invest across the business, and for the second year we have reduced our losses.

"Key to this set of figures is the fact Eddie Davies has converted his investment in our club from short-term to long-term debt.

"To lose our place in the Barclays Premier League was hugely disappointing for all of us - fans, staff and players, and our aim is to return at the first opportunity."