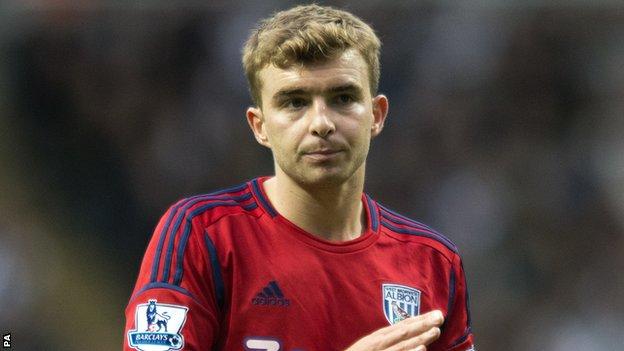 West Brom midfielder James Morrison believes his side deserve their lofty position in the Premier League.

The Baggies have been playing above expectations this season under new manager Steve Clarke and are fifth in the league table.

When we played Man City we should have got something out of it. We went for the win and didn't get it.

"It's up to us to keep it going, everyone thinks its a fluke us being up there but it's not," he told BBC WM.

"The lads work extremely hard in training and the gaffer sets us up each week to counter the opposition."

Morrison withdrew from the Scotland squad to face Luxembourg this week following Saturday's 2-1 victory over Wigan, a game in which the former Middlesborough man scored his third goal of the campaign.

However the 26-year-old could be available for this weekend's match at home to Chelsea.

And Morrison feels that the encounter will allow the Baggies to lay to rest their late defeat by Manchester City.

"I think they'll be wary of us and it'll be a tough test at the Hawthorns where we have picked up some good wins along the way this season," Morrison said.

"When we played Man City we should have got something out of it.

"We went for the win and didn't get it, but we will be going for a win against Chelsea."