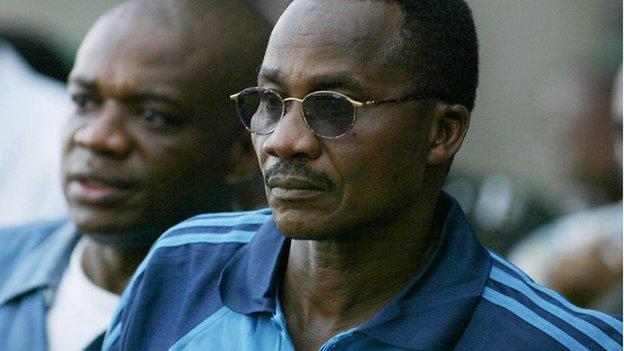 Nigeria women coach Kadiri Ikhana has quit his post two days after his side lost to Cameroon in the third place play-off at the African Women's championship in Equatorial Guinea.

The Super Falcons' chances of defending the title they won in South Africa in 2010 ended after they lost 1-0 to Banyana Banyana in the semi-final.

And their fourth place finish was their worst result at continental level.

"I resigned because my personal target was to lift the trophy," said Ikhana.

"I let the country down, so I deeply apologise and take full responsibility for the disappointment in Equatorial Guinea.

"This failure informed my decision to quit the stage."

Ikhana, who was speaking to local media in the capital Abuja, had met the target set for him in his contract with the Nigeria Football Federation (NFF) but the 60-year-old felt that was not enough.

The NFF is expected to make an official statement on Ikhana this week.

He was charged with reviving the fortunes of the Super Falcons following their failure to qualify for the 2012 London Olympics.

Ikhana was set the task of reaching the semi-finals of both the 2012 African Women's Championship and the 2015 Fifa Women's World Cup finals in Canada, as well as qualification for the 2015 All Africa games in Mozambique and the 2016 Olympics in Brazil.