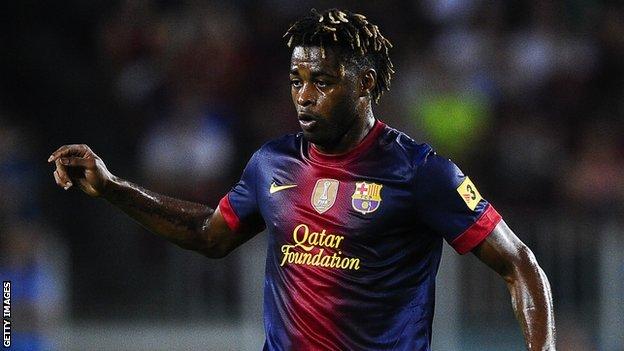 Cameroon midfielder Alex Song has withdrawn from the squad to face Albania in an international friendly on Wednesday because of a back problem.

The 25-year-old Barcelona player is suffering from lower back pain and will not join up with his team-mates for the game in Geneva.

Instead Song will remain in Barcelona for treatment, the Spanish club said on their Twitter feed.

He was an unused substitute in the 4-2 win at Real Mallorca on Saturday.

Song made his debut for Cameroon in 2005 and has 34 caps for his country.

Cameroon failed to reach the 2013 Africa Cup of Nations, losing 3-2 on aggregate to Cape Verde in the final-round qualifiers.