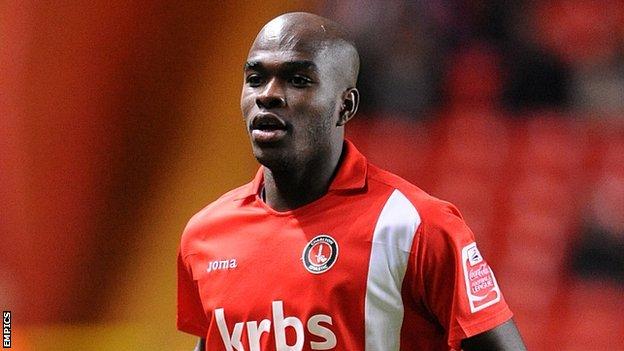 The 27-year-old has not played a senior game since a 45-minute appearance for Yeovil in January - his only game for the Glovers.

He joined Charlton from French side Lyon in 2005 and went on to feature 71 times for the club.

The left-back already has experience in the Championship with the Addicks and from a loan spell with Scunthorpe.

In the summer he made his debut for the Central African Republic in a 2-0 win over Botswana.