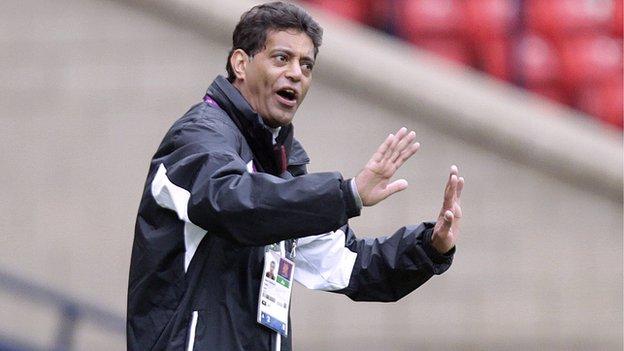 Hany Ramzy has taken charge of Lierse after the dismissal of Chris Janssens.

Ramzy, who had been at the Belgian club in a technical capacity, will oversee the club in a managerial role which is "similar to the English model".

The 43-year-old former Egypt international defender faces a tough job as Lierse sit only two points above the relegation zone.

"We have to work very hard to collect some points before it's too late," Ramzy told ahramonline.

"On the field we have some problems, we are missing some quality players in some positions.

"In the winter break - in January - it is very important to transfer in some good players with good qualities."

Ramzy has previously managed Egyptian side Enppi and had spells as coach of Egypt under-20s and under-23s, and as caretaker coach of the senior side.

He admitted he will be working closely with the coaches at Lierse to improve the team's performances.

"My job is similar to the role in the English model - I will have two coaches, but I will be in charge of everything," he said.

"I will be at the matches and I will give my advice to the coaches. It is teamwork, we have already talked a lot together and we have similar ideas - it's about helping players to improve."

Ramzy's first match in charge will be against Gent on Saturday and he is under no illusions as to the size of the task ahead of him.

"It will not be easy, they are one of the best teams here in Belgium," said Ramzy. "But also they have weaknesses and everything is possible in football.

"We have great fans, who really love the club. And I hope we can have a successful game."