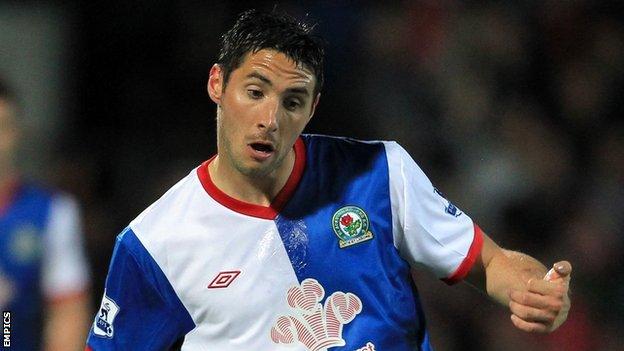 The 30-year-old has played 12 times this season but has not featured in any of Rovers' three games under new boss Henning Berg.

"We have talked about me staying. That's the plan and I'd certainly be interested in a permanent move," he told the club website.

"My priority is doing as well as I can for Ipswich Town."

He added: "If the manager and the powers that be want that to happen, I could be here longer than the loan date but it will be down to how well I do here and how much I can help the club."

and made a combined total of 18 Premier League appearances for both sides last season.

He will be available for Saturday's Championship trip to Leicester City.

New Town boss Mick McCarthy has expressed his desire to play Carlos Edwards in a more advanced position, leaving a vacancy at right-back, although Luke Chambers filled the role in the 2-1 win over Burnley at the weekend.

Orr is McCarthy's second signing since replacing Paul Jewell as manager at the beginning of the month, with former Charlton left-back