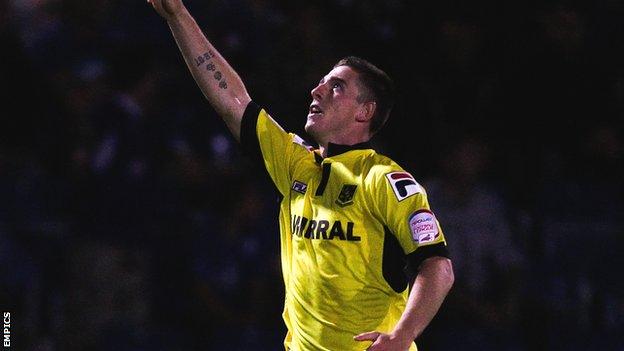 The League One leaders cruised to a 3-0 victory on Tuesday to book a second-round tie against Chesterfield.

Stockton scored the second of their three goals and set up the other two for Joe Thompson and Max Power.

The 18-year-old, who was making only his second start the club, has made 13 appearances this season and scored three times.

He could be in line for his first league start against MK Dons on Friday, although loanee Jake Cassidy, the division's top goalscorer, will be available again after being refused permission to play in the FA Cup by parent club Wolves.

Midfielder Liam Palmer, who is on loan from Sheffield Wednesday, will also be free to return, but winger Thompson and centre-back Ash Taylor are doubtful after picking up injuries at the Amlin Stadium.

Moore continued: "What's going on with the injuries is just ridiculous. Another wide man went off with a thigh strain and a centre-half went off with a hamstring injury.

"We'll be lucky if we can patch a side up for MK Dons."