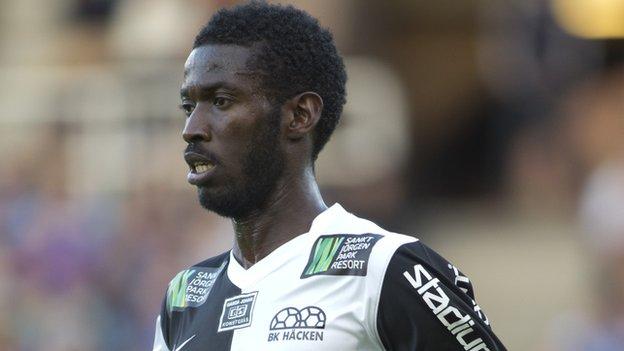 The Ghana Football Association has congratulated striker Abdul Waris for being named the Swedish Premier League's player of the year.

At a team meeting in Portugal, where Ghana are preparing to play Cape Verde on Wednesday, GFA President Kwesi Nyantakyi was full of praise for Waris.

"His achievements have brought honour to our country," he said.

"Waris has been named the Swedish Premier League's Player of the Year and this is a big achievement not only for the striker but for our country.

"We are encouraging all of you to fight so that you can also emulate what Waris has done to bring honour to our country."

Waris, who joined Spartak in November, scooped the award at a glittering ceremony in Stockholm on Monday night.

He beat off competition from his former Hacken team-mate Martin Ericsson and Malmo midfielder Pontus Jansson to win the coveted honour.

Ghana will take on fellow 2013 Africa Cup of Nations qualifiers Cape Verde in Lisbon on Wednesday as both sides prepare for the tournament in South Africa which will takes place from 19 January to 1-0 February.