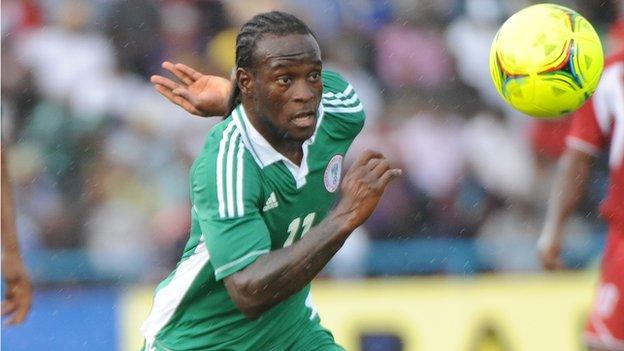 Nigeria will play Angola in a friendly in Portugal in December, the Nigerian Football Federation has confirmed.

The NFF also revealed it is in talks to play two more Nations Cup warm-ups against Morocco and Cape Verde - and both would take place in Portugal.

"We'll announce a date this month. Both sides are taking the game seriously, so a suitable date is being finalised."

Olajire added: "Officials are in talks with Morocco and Cape Verde for additional friendlies in Faro.

"To fulfil the huge expectations of our fans, the team is expected to prepare well - it's the NFF's top priority for now."

Nigeria and Angola played out a drab 0-0 draw in January as the Palancas Negras prepared for the 2012 Nations Cup in Gabon and Equatorial Guinea.

But the Super Eagles are yet to face Cape Verde at full international level.

They are drawn alongside champions Zambia, Burkina Faso and Ethiopia in Group B for next year's tournament in South Africa, which will take place from 19 January to 10 February.