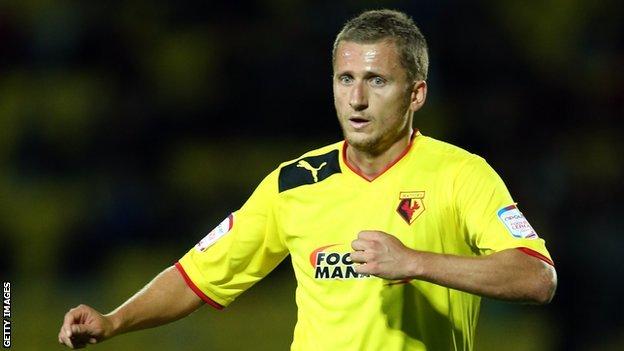 Watford midfielder Almen Abdi has suffered a dislocated shoulder, but the club are confident he does not face a lengthy absence.

The 26-year-old scored Watford's second in before being taken off on a stretcher.

It was the Switzerland international's fifth goal in 16 games since joining on loan from Udinese.

Former FC Zurich midfielder Abdi, who has played 51 times for Serie A side Udinese, will undergo a scan on Wednesday to inspect the full damage.

Meanwhile, defender Nyron Nosworthy is set to see a specialist about his ongoing rehabilitation on a hamstring injury.