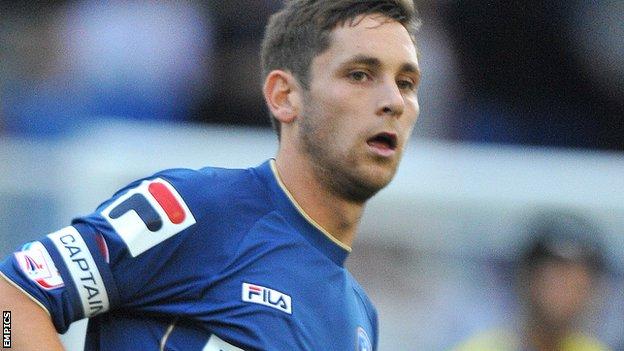 Midfielder Dean Furman says he is proud to represent South Africa but admits it is difficult to miss matches for League One club Oldham Athletic.

Furman, 24, won his fifth cap on Wednesday in their 1-0 loss to Zambia.

"It is difficult missing games because Oldham is my bread and butter," Furman told BBC Radio Manchester.

"I've been here for a long time and I want to see the club do well. It's tough to go away, but when your country calls, it's hard to turn down."

Surman was born in Cape Town but moved to London with his parents nearly 20 years and has been with Chelsea, Rangers and Bradford (on loan) before joining Oldham in 2009

The Latics skipper continued: "It's been difficult going away with South Africa but it's my country and I'm very proud to be called up.

"It's a very difficult situation and one that I never thought I would be in. I have to go and serve my country."

Furman against Brazil in September.