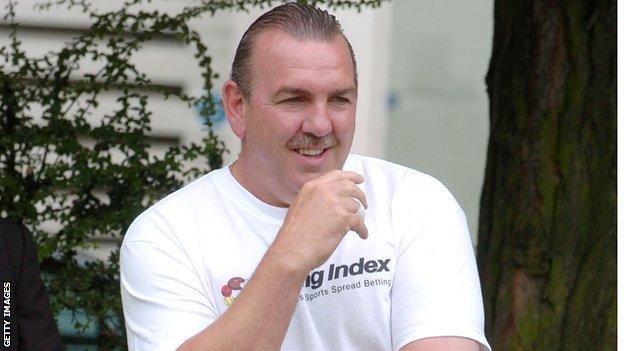 Hennessey could need an operation after damaging his knee in training having already been out since April with a torn cruciate ligament.

"It's a blow, but it's another opportunity for some of the other lads to show what they can do," he said.

"For now he [Coleman] probably will stick with Boaz Myhill. You might actually want to give Owain Fôn Williams a chance, maybe in time, to come into the tournament to see what he can do.

"It depends on how Chris sees the tournament, too.

"If he sees it as we're on our way out it might be an opportunity to push someone in there as well.

"There's a million ways you can do it. I would rather say, well, at the moment Boaz Myhill is the man in possession and he hasn't done anything wrong.

"And Lewis Price did well in the last game so you can't discount him either," said Southall, who played in goal 92 times for Wales.

Neither is first choice at their club, though Williams is getting regular first team football with Tranmere, a fact which Southall says will not have been missed by Coleman.

"If he's playing for Ronnie Moore in Tranmere and he's doing well, that's good enough for me," said Southall.

"Ronnie knows his goalkeepers, knows his players. You can't get a better compliment for Owain Fôn Williams than being picked by Ronnie Moore.

"I think that's great for him. Maybe his time is now."

Wales' next international is a friendly against Austria at Swansea's Liberty Stadium on 6 February before facing Scotland and Croatia in World Cup qualifiers in March.