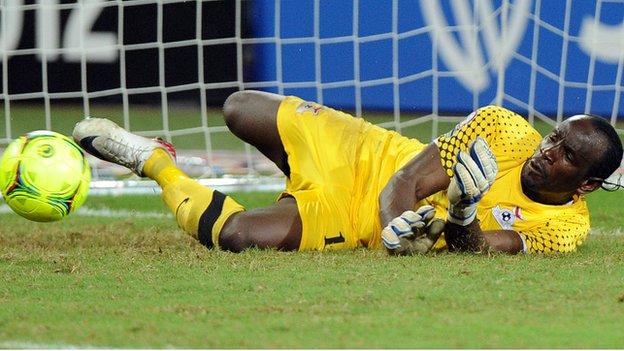 Two Zambian footballers were injured on Wednesday when their team bus was attacked in Johannesburg after the African champions beat South Africa 1-0 in a friendly.

Goalkeeper Kennedy Mweene needed stitches in his head after the bus windows were shattered as the team left the ground, while midfielder Felix Katongo was also injured.

Safa has apologised for the attack.

"Such an embarrassing behaviour is alien to the South African Football Association and damages the good name of our association and country," said Safa president Kirsten Nematandani.

"We do not want at any time to be associated with these scoundrels of society.

"Such people do not belong to the football family and once the investigations have been concluded, the police should send out a strong message against future perpetrators."

The incident is not a timely one given that South Africa is set to host the Africa Cup of Nations between 19 January and 10 February.

"We are disturbed by this incident which is totally an isolated one," he told the Safa website.

"South African fans do not behave like this and are known to take defeat in the good spirit.

"This country has hosted numerous international events and we have not experienced such a conduct."