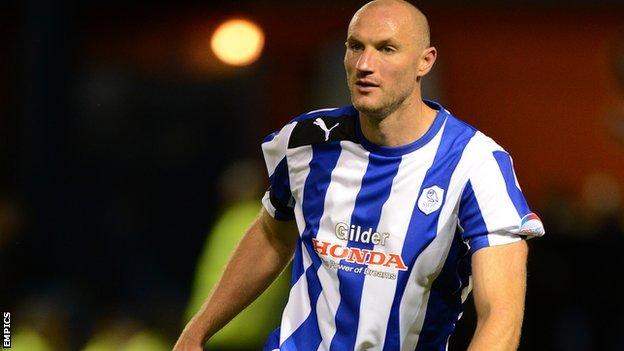 Sheffield Wednesday defender Martin Taylor has admitted he has been disappointed by the start he has made to his time with the club.

The 33-year-old has made only six appearances since his deadline day move from Watford and has not played since 24 October.

"It hasn't gone as well as I would have hoped when I arrived," he told BBC Radio Sheffield.

Sheffield Wednesday have conceded 29 goals in the Championship so far this season - only Bristol City (33), Ipswich Town (32) and Burnley (31) have let in more.

"I have to be professional and perform in training to get through this."

He added: "You never intend to make mistakes and I don't think I've been through another stage in my career where I've made so many.

"It means a lot that the manager has given me his backing because that is what you want to hear."

The Owls are currently two points above the Championship relegation zone, having won just two of their last 13 league games.

Dave Jones's side have kept only one clean sheet in the league all season and Taylor says the blame cannot be put solely on the defence.

"Obviously we want to keep more clean sheets and we've worked very hard on tightening up in training," he said.

"Most goals are scored as a result of an accumulation of errors and we're working hard to cut that out."