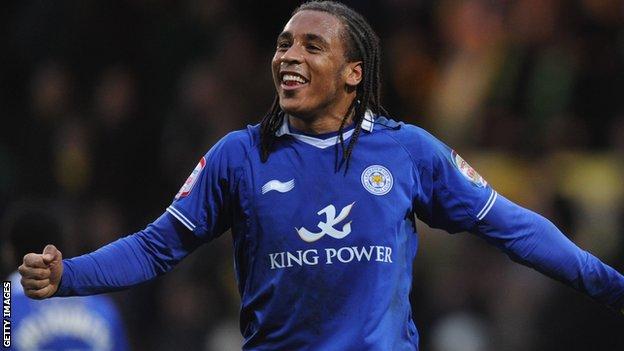 The 29-year-old will go straight in to the squad for Saturday's clash with Blackpool, where he previously had a loan spell in 2003.

He has been with the Foxes since 2011 but has fallen out of favour this term and only played three games.

City manager Derek McInnes said: "He's hungry and determined to do well. He's a tenacious midfielder who brings experience and quality to our squad.

"He hasn't played as many times as he would have liked for Leicester for this season, but given the amount of quality players they have and the form they are in, that's nothing to be ashamed of.

"Neil is desperate to play games for us, he brings another level of quality to our squad he can't wait to get going."

Danns' deal at bottom-of-the-table City runs until 12 December, allowing him to play five games up until the away fixture at Sheffield Wednesday on Saturday, 8 December.