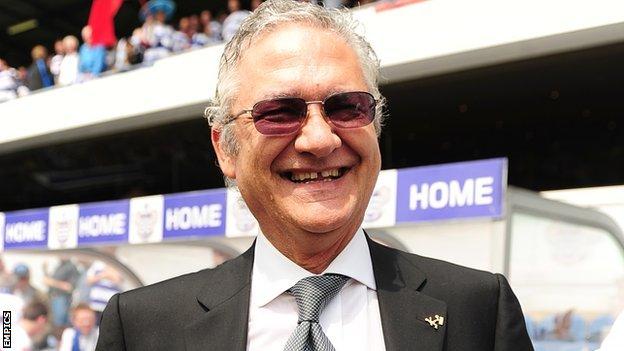 Gianni Paladini is still hopeful the consortium he is fronting can complete a takeover of Birmingham City.

Paladini has lodged two bids for the club, however acting Blues chairman Peter Pannu said on Thursday that there are "no active negotiations".

After Pannu's statement, there was more confusion when Paladini told Free Radio that he had withdrawn his interest.

However the Solihull-based Italian later told BBC WM that he still wanted to take over the club.

It read: "There are no active negotiations with the group involving Gianni Paladini or any of his associates.

"Should there be any agreement reached, there shall be formal announcements made in Hong Kong and also in the UK.

"I would urge that only official information should be relied upon and not rumours or speculation."

Pannu has previously admitted Blues are the focus of interest from two parties.

However, Solihull-based Paladini's claims suggest that his consortium are leading the way to take control at St Andrew's.

The 49-year-old is in discussions with interested parties on behalf of Blues' major shareholder Carson Yeung, who is currently awaiting trial in Hong Kong for money laundering charges.

Despite not being officially on the market, the club have admitted they are seeking fresh investment, after failing to publish their financial figures for the last two years.

And last month the auditors of BIHL resigned after saying they did not receive "consistent, reliable and complete" information from the company.

Italian-born Paladini, who was 22 when he moved to the Birmingham area, has previously been chairman of QPR, who he left by mutual consent in 2011 following eight years at Loftus Road.