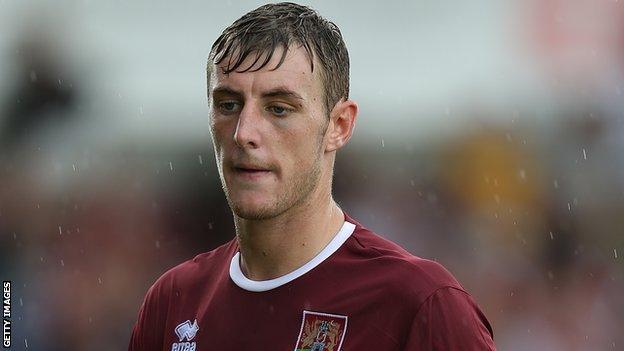 Northampton Town defender John Johnson will undergo knee surgery at the weekend and will be out until January.

The 24-year-old had only just returned from a similar injury, but came off at half-time in last week's 1-1 draw against York City.

"It's the same sort of thing - it's just cartilage. He landed awkwardly on it," boss Aidy Boothroyd told BBC Radio Northampton.

The centre-half has played seven times in League Two this season.