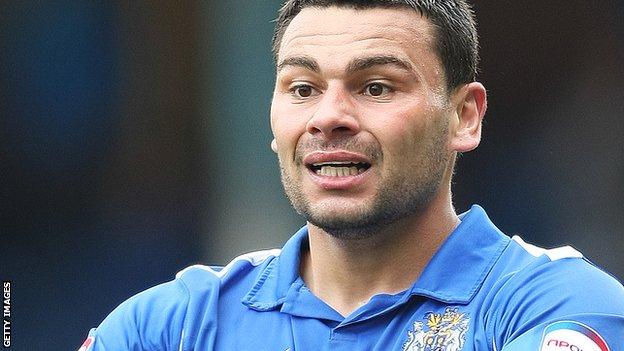 Preston have completed the loan signing of striker Anthony Elding from Blue Square Bet Premier side Grimsby Town until 1 January.

The 30-year-old, who in September, has made 16 appearances for the Mariners this season, scoring twice.

Elding played under Graham Westley during the Preston manager's first spell at Stevenage from 2003 to 2006.

Meanwhile, Akpo Sodje has extended his short-term deal with Preston.

He has scored seven times in 14 games since joining North End at the start of the campaign.

Elding is available for the match against Brentford on Saturday, but he will be unable to play for Preston in the FA Cup against League Two leaders Gillingham on 1 December.

Speaking before Elding's arrival, Westley indicated he was keen to add to his squad going into the busy festive fixture schedule.

"If the right bits and pieces are there to be done, I'll probably do that," he said. "You can never leave yourself light over the Christmas period. Just topping the squad up here and there can do you the world of good."