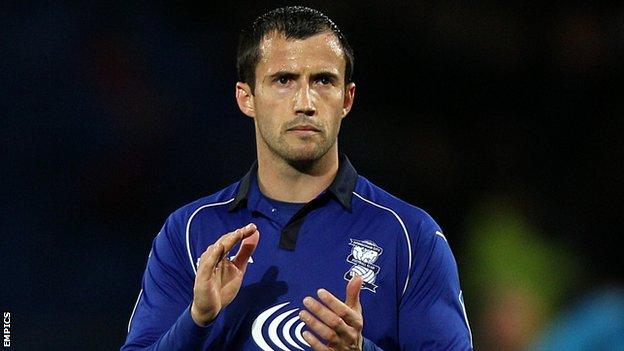 Birmingham City and Republic of Ireland midfielder Keith Fahey has returned to his native country on compassionate leave for an indefinite period.

The news follows the 29-year-old's withdrawal from the Ireland side to face Greece on Wednesday.

And Birmingham confirmed on Twitter: "Blues midfielder Keith Fahey has returned to Ireland for the time being on indefinite compassionate leave."

Since joining in 2009, Fahey has made 142 appearances for Blues.

The one-time Aston Villa youngster has also played for St Patrick's Athletic and Drogheda in the League of Ireland.