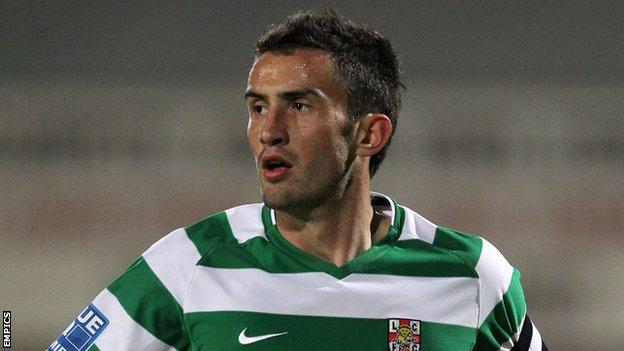 The 30-year-old has scored one goal in 13 appearances in all competitions for the Imps this season.

He has spent time at Aldershot, Ebbsfleet, Grays and Stevenage since starting his career at Wycombe.