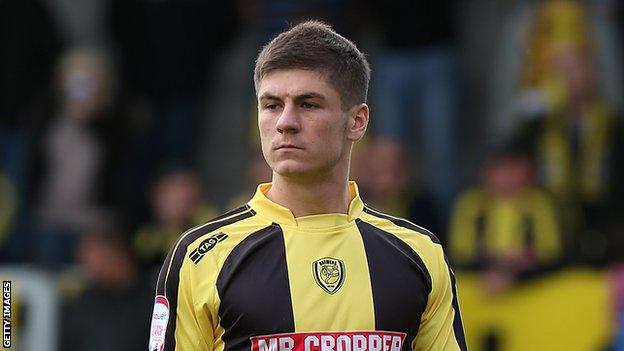 League One side Brentford have completed the loan signing of Wigan Athletic defender Rob Kiernan.

The 21-year-old, who played six games during a spell at Burton Albion earlier this season, will be with the Bees until 5 January.

Manager Uwe Rosler said: "I have a good relationship with Roberto Martinez and we have been following Rob closely."

He added: "We had him here last summer [during pre-season] and he has made big strides at Wigan since then.

"We have been looking for somebody who has the qualities that Rob has."