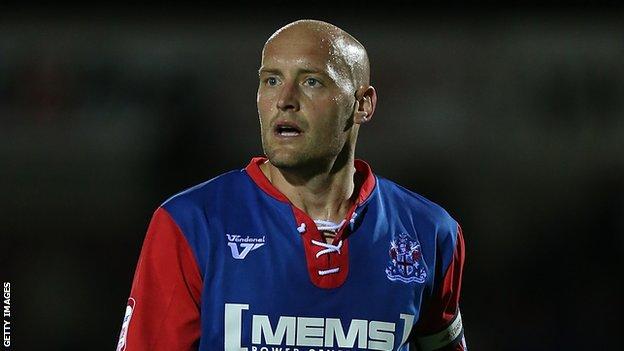 Gillingham captain Adam Barrett says the club's ambition was a major factor in him extending his contract.

The 32-year-old centre-back signed a deal until the summer of 2015 with the League Two leaders this week.

He told BBC Radio Kent: "I am pleased to commit myself to the football club. It's got real ambition at the moment and is looking to kick on.

"I want to be a big part of us moving forward. I feel we have the potential to progress."

Barrett signed a one-year deal with the Gills, with the option for a second, when he joined the club from Bournemouth in mid August.

The former Plymouth, Bristol Rovers and Southend United player says it was a simple deal to agree.

"The club approached me and wanted to get it sorted," Barrett continued.

"We are top of the league and defensively we have been strong.

"I am hungry to be successful and there are still things in the game I want to achieve. That was a big factor for me.

"I am enjoying my football and feel I have an awful lot to offer at 32 with the experience I have gained."

Manager Martin Allen was relieved to extend the defender's stay at Priestfield.

"He leads by example and has been outstanding," he told BBC Radio Kent.

"There is no doubt he can play for longer. If we didn't sign him there's a chance he'd leave in January.

"You get players like that, you've got to keep hold of them. It's an absolute must."