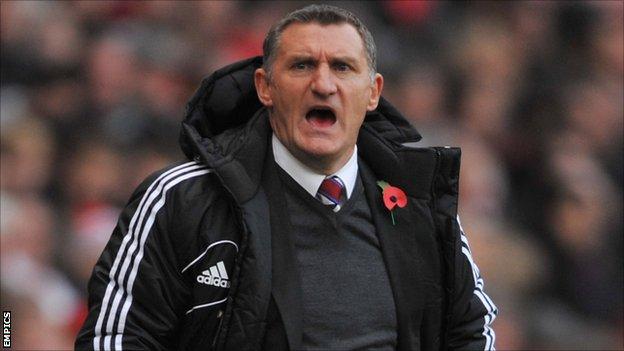 Middlesbrough boss Tony Mowbray has said October's Championship Manager of the Month award needs to set the standard for the rest of the campaign.

Boro kicked off their promotion push after recording five wins and one draw from six matches throughout the month to climb to second in the table.

"Let's hope there are a few more on the way as that would suggest we've won lots of games," Mowbray told BBC Tees.

"We've got to win a lot more games to maintain our position."

Boro's six of the best

Mowbray added: "There's not that many points between us and 16th, 17th in the table - they're only a handful of wins from being in the top six.

"We have to strive for the consistency that we've been showing during October and try to keep it going."

After the Teessiders were pipped to a play-off place to Cardiff on the final day of the 2011-12 Championship season, the pressure has been on Boro to go one better in 2012-13.

The catalyst this term has been a nine-match unbeaten run, stretching back to the end of September, that has continued into November with seven wins.

"It's a reflection of how well the club is going at the moment, how well the players are gelling and how much they've found a spirit to help them win football matches," Mowbray added.

"It's about how hard the coaching staff are working, how hard everyone behind the scenes is working to make it a happy camp.

"When you've got a happy camp, and everybody is enjoying coming into work and working hard for each other you can win football matches which we've managed to do in October."