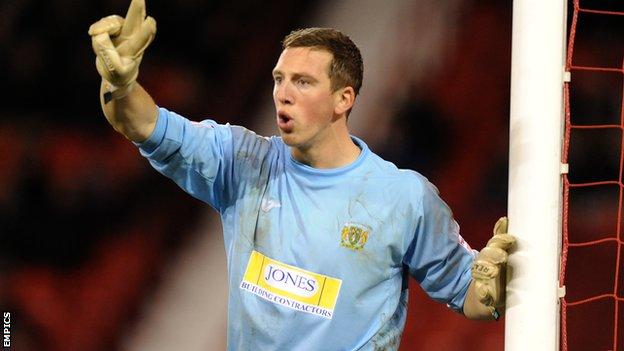 Plymouth Argyle keeper Rene Gilmartin says the club have the potential to beat any team in League Two.

The Pilgrims drew 2-2 with leaders Gillingham last week and the Irishman says the result has given the Argyle squad confidence for the future.

"Gillingham came down here and we played them off the park," he said.

"You saw that with the league leaders coming down here, we just need to get our performance and our consistency up and hopefully we'll get a few more wins."

Gilmartin, 25, and has started two of the the club's last three matches.

Having been understudy to Jake Cole for much of the season, Gilmartin is hoping he can take his chance and establish himself as first choice.

"I've been a number two elsewhere and it's not a nice position to be.

"I don't want to be good at being a number two because it's not my position, I want to play.

"I want to be part of the team and I want to win games with the team.

"Me and Jake are working very hard together and there's a good team spirit there.

"The two of us keep it high tempo and keep pressure on each other.

"You've got two goalkeepers down here and the gaffer has tough decisions to make and that's going to be one of them throughout the season."