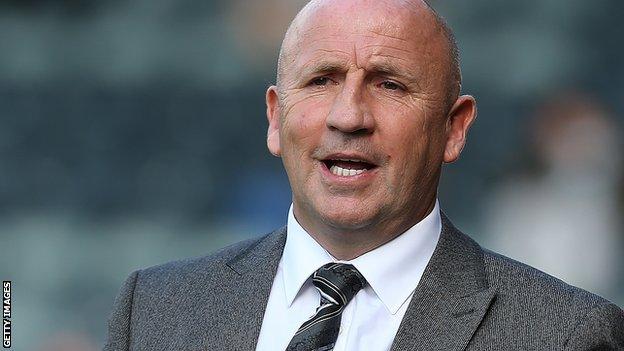 John Coleman believes Rochdale fans are staying away from Spotland because of the League Two club's poor home form.

Dale have won two of their eight league games and exited all three cup competitions at home, including

"I empathise with the fact that they're paying their hard-earned money to watch what I can only describe as dross on Tuesday night. We were dreadful."

When asked if his side's home displays were affecting crowds, Coleman added: "Yes, without a doubt it has.

"At the start of the season, I was very bullish because I thought we were playing well at home.

"The message is that we're going to work even harder.

"The only way we're going to improve is by hard work, and if people aren't up for that hard work, they can go somewhere else."

Only leaders Gillingham have a better record on the road in League Two than Rochdale, who have won five of their nine matches away from home.