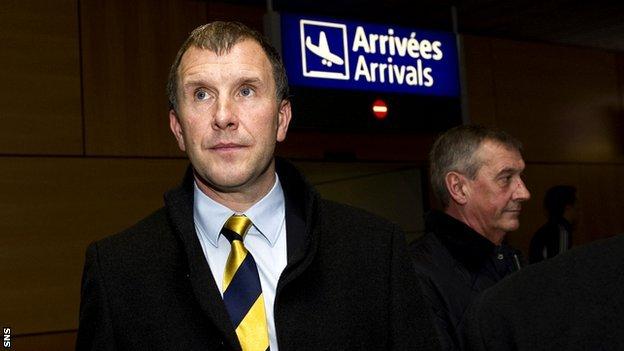 The Scottish Football Association aim to have Craig Levein's successor in place before facing Wales.

Billy Stark is interim boss and the SFA want the new man to be in position before the 2014 World Cup qualifier at Hampden in March.

Gordon Strachan, Joe Jordan and Owen Coyle have all been linked with the post.

Levein was sacked with Scotland bottom of World Cup qualifying Group A.

SFA chief executive Stewart Regan said the aim was to appoint a manager who can restore the national side's "respectability and status" and qualify for the 2016 European Championships.

"We are committed to appointing the best Scotland national coach possible and will take the necessary time to achieve that objective," said Regan.

"The current welter of media speculation and the number of interested parties highlights the attraction of the role of rejuvenating the fortunes of the national team.

"We will work through a list of potential candidates and arrive at a short-list, from which we will establish a preferred candidate and, finally, appoint the new Scotland national coach.

"We will carry out this process as thoroughly and as efficiently as possible."

Regan also added that he has been impressed with interim manager Billy Stark, who was in charge for the 2-1 friendly victory over Luxembourg.

"As well as providing a much-needed victory, Billy has impressed us greatly by the way he has conducted himself in the role," he said.