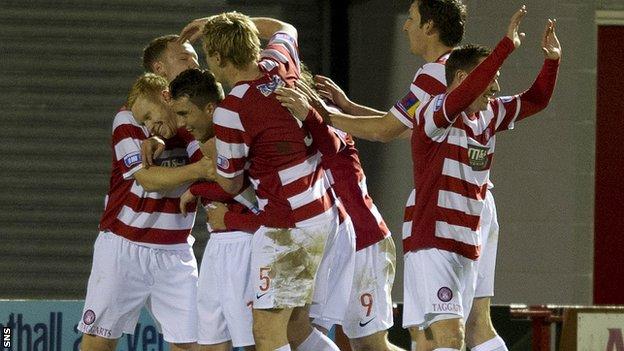 Goalkeeper Graeme Smith had a Jags debut to forget when he fumbled Alister Crawford's corner into his own net.

Earlier, Accies' Steven May had blazed over from inside the area and Martin Canning's header was cleared.

Thistle improved after the interval but their hopes evaporated when Paul Paton was sent off for a bringing down May.