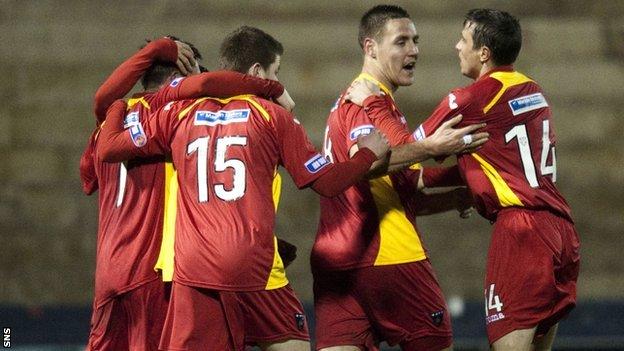 Both teams had gone in level at the break, but Rovers had seen Allan Walker given a straight red for a bad foul on Andrew Barrowman.

As the players emerged for the second period, the home side was further reduced as Douglas Hill had been sent off in the tunnel at half-time.

The away side levelled as Stephen Husband drilled in a free-kick from 25 yards.

Dunfermline took full advantage of the two red cards to score within the first two minutes of the second-half as Joseph Cardle fired into the top corner from 18 yards.

Husband tapped in from close range after good work from Craig Dargo in the 88th minute to secure victory.