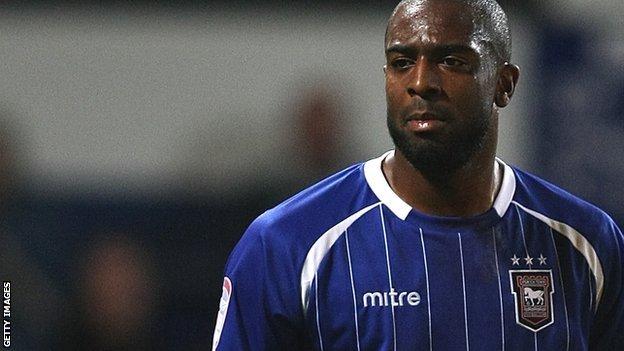 The 31-year-old has only made two appearances this season and has not featured for the Blues since the 1-1 draw with Barnsley in September.

Ellington joined Ipswich in June 2011 but has failed to score in 19 games for the Championship club.

He is set to make his debut for the Iron in Saturday's League One match against Notts County.

On Thursday, the Iron posted a loss of almost £2m for the financial year ending 30 June 2012.

He told BBC Radio Humberside: "The long-term future of the club is not in jeopardy. Obviously it's not great but the losses we've made have been covered.

"The losses were expected but going forward we need to make sure we don't incur such large losses in the future."