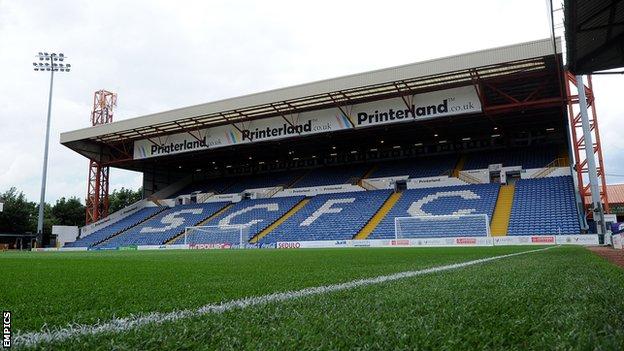 Stockport County have signed striker Connor Jennings on loan from League One side Scunthorpe United for a month.

Jennings suffered a broken foot shortly after moving to Glanford Park from Stalybridge Celtic in January, which halted his early progress.

The 21-year-old has scored once in 18 appearances for the Iron, his only goal coming in a Capital One Cup tie at Derby County in August.

He could make his debut for the Hatters at Nuneaton on Saturday.