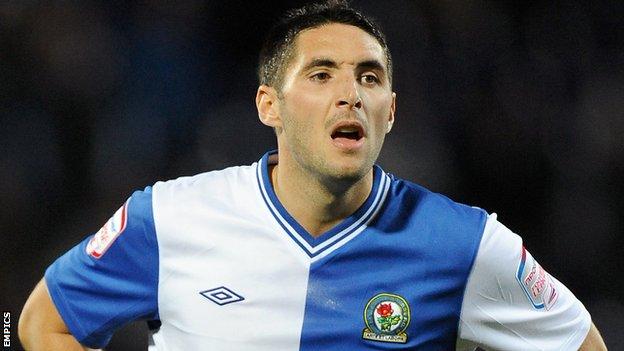 Bradley Orr has said his loan move to Ipswich was influenced by the late Sir Bobby Robson's love for the club.

Orr, 30, worked under the ex-England boss during their time at Newcastle.

The defender, who is on loan at Town from Blackburn until January, told BBC Suffolk: "He was my first manager and always used to talk about Ipswich."

Orr continued: "I was only a kid but he brought me from the youth team into the first-team squad.

"I never made my first-team debut but for two or three years he always had me in and around.

"He was someone you could only love. His enthusiasm and character rubbed off on everyone.

"He had great ties with Ipswich and even as a kid, I knew it was a big club and it's got history and tradition, so it didn't need much selling."

After leaving St James' Park in July 2004, Orr had a six-year spell with Bristol City before joining Queens Park Rangers, then Blackburn.

He made 12 appearances for Rovers this season but but did not feature in any of the three games so far under new boss Henning Berg.

"I had no second thoughts about joining (Ipswich)," said Orr. "I spoke to the gaffer [Mick McCarthy] and he outlined his plans and there's an awful lot of potential.

"I had the opportunity to play under him earlier on in my career, which never quite materialised.

"I was gutted at the time, but the second time round it's happened and I'm very grateful that he's put his faith in me.

"He wants me to be a part of their resurgence up the league and I'm looking forward to getting stuck in."