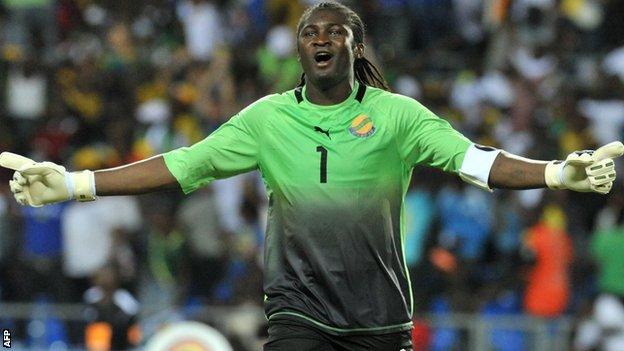 The 29-year-old Ovono has been without a club since leaving Le Mans at the end of last season.

He will be understudy to first-choice keeper Simon Pouplin, after Cros tore knee ligaments in a league cup game with St. Etienne on 30 October.

Sochaux, who are third from bottom of Ligue 1 after 12 games, travel to Ajaccio on Saturday, with Ovono in the squad.

Ovono, who enjoyed spells at Dinamo Tbilisi and El Salvador club Alianza, has been signed by Sochaux until next June.

The Gabon international featured at the previous two Africa Cup of Nations.