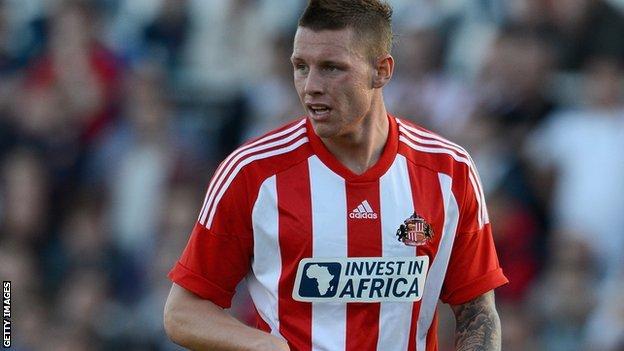 Sunderland boss Martin O'Neill has confirmed that he rejected a loan approach for striker Connor Wickham from Sheffield Wednesday.

The 19-year-old, who scored for England Under-21s on Tuesday, has played only once for the Black Cats this season.

O'Neill said: "Sheffield Wednesday made an approach for him.

"I was asked by our chief executive if I'd be prepared to let a deal go through and I said that we couldn't afford to let anyone go."

Wickham joined Sunderland from Ipswich for an initial £8.1m in June 2011, but has so far managed just one goal in 20 appearances for the Premier League side.

The Owls are currently 20th in the Championship, while O'Neill's side sit 16th in the Premier League.