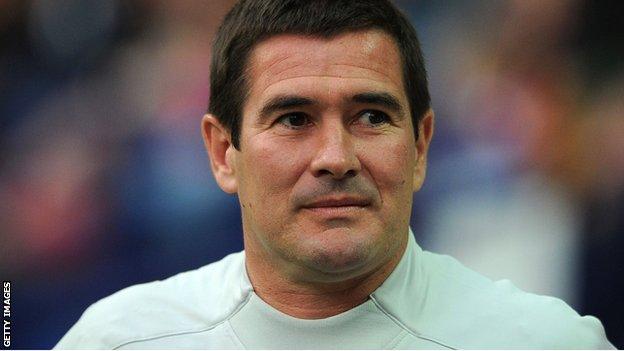 Nathan Tyson hit an 84th-minute winner to earn Nigel Clough's Derby a dramatic victory and increase Birmingham's troubles near the bottom of the table.

Conor Sammon had given the Rams the lead with a header before Marlon King equalised with a penalty after Robert Hall was fouled by Richard Keogh.

Sammon put Derby ahead for a second time before Peter Lovenkrands thought he had earned the Blues a point.

But Tyson's close-range finish sent the visitors to defeat.

Lee Clark's strugglers have won just two of their last 10 games, but they will feel they should have left Pride Park with a point.

Former Wigan striker Sammon opened the scoring in the 32nd minute after Michael Jacobs had struck the woodwork.

King levelled with a 73rd-minute penalty after Keogh's lunge on Hall, playing his first game since signing on loan from West Ham.

That was the first of four goals in 11 minutes - Sammon firing Derby ahead for the second time from 10 yards.

But with six minutes remaining, Tyson had the final say to lift Derby into 12th.