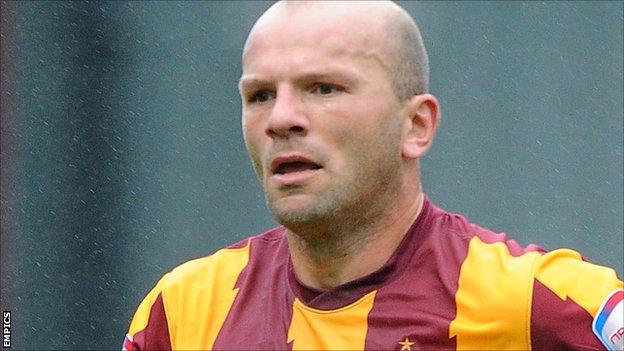 League Two strugglers Bristol Rovers led three times but had to settle for a draw against Bradford.

Guy Branston scored with his first ever touch as a Rovers player to head them in front against his old side but Nahki Wells levelled from a tight angle.

Tom Eaves struck with a low drive before Carl McHugh headed in for 2-2.

Michael Smith's volley put Rovers in front again only for James Hanson to nod in an equaliser before Nathan Doyle and Wayne Brown saw red.

The pair were involved in an ugly touchline scuffle which saw Bradford's Doyle sent straight off and Rovers' Brown receive a second yellow card.