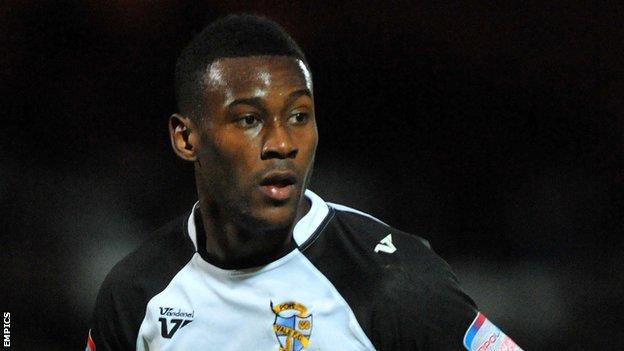 Port Vale extended their unbeaten run to six games with a win at Aldershot, who slipped back into the bottom two.

Ben Williamson fired Vale ahead with a fierce strike, before Dani Lopez headed home Kieron Cadogan's cross for his third goal in as many games to level.

But the visitors went back in front when Ryan Burge tapped home after Jamie Young saved Tom Pope's initial header.

And Jennison Myrie-Williams lashed in from the penalty spot to wrap up the game after he was felled by Troy Brown.

"We saw a very clinical side in Port Vale, who are a danger, but I thought we matched them and it was disappointing to concede early in the second half.

"I think there were some key moments in the game which we didn't get in our favour today. As much as I'm disappointed, I am also very pleased with a lot of aspects.

"The second goal was a key moment and we should have defended better, but we scored a fantastic goal and we gave Port Vale a real challenge in the first half."