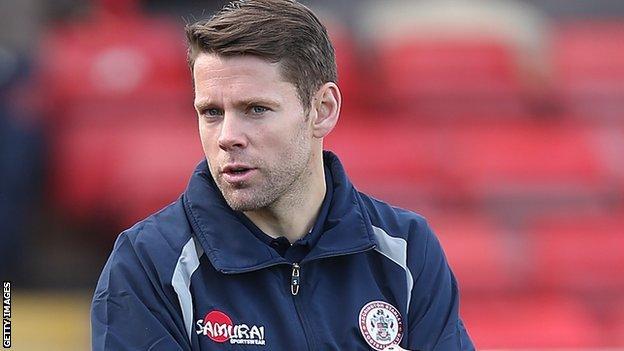 Myles Weston opened for the Gills when he latched on to a loose ball from Danny Jackman's cross.

The away side were reduced to 10 men when keeper Stuart Nelson brought down Accrington substitute Padraig Amond.

Former England striker Beattie, 34, converted the subsequent spot-kick for his second goal in three games since joining Stanley as player-coach.

The 10 men of Gillingham were relieved to see Romuald Boco's 90th-minute strike come back off a post.

"I don't think the opposition had too many shots, even near the end with 10 men we were pushing to get a goal.

"Coming here to get a point in always good, I've come here a few times and been spanked, so it's a good point for us.

"Nearer the end it looked like we were going to score, the one thing I asked for is the players have commitment and face up to the wind and rain. The last two times we've come here we've conceded 11 goals so we've turned that round and that is a measure how far we have come."