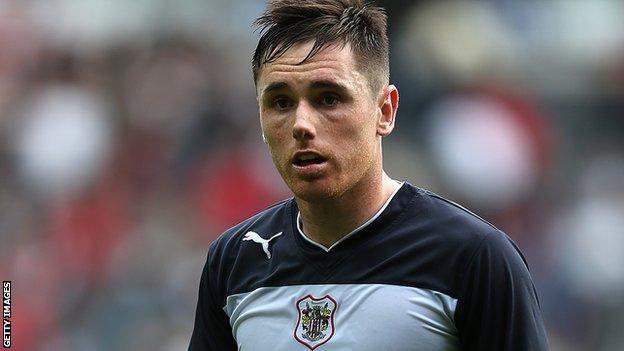 The visitors came close when defender Ian Goodison, who became the first 40-year-old to play for Tranmere, nodded wide from a corner.

But striker Jake Cassidy put Rovers ahead with his 11th goal of the season, heading in a cross from Adam McGurk.

Stevenage sub Robin Shroot hit the post late on, before Tansey's looping shot earned the home side a point.

"I thought it was a very competitive game. Of course we want to try and get things back on track.

"As a spectacle it must have been quite exciting. The conditions made it a quick game and both teams showed energy.

"There weren't many opportunities. it wasn't really until the final stages - when I thought both teams tired - that it started to open up.

"We'll be disappointed with their goal but the equaliser was an absolute stunner from Greg."