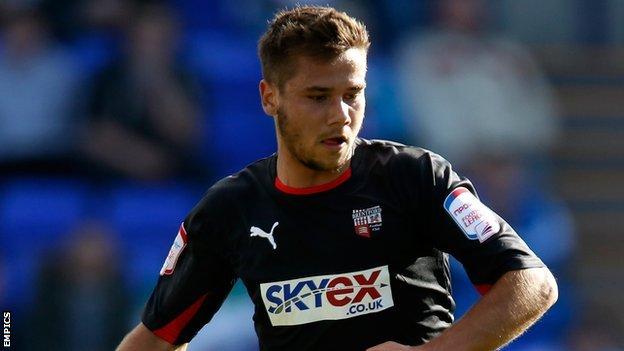 A superb strike from Harry Forrester helped Brentford claim victory and move to within a point of Sheffield United.

Clayton Donaldson put the home side ahead from close range in the third minute, before Forrester drilled in a terrific effort to double the lead.

Home keeper Simon Moore pulled off a number of fine saves after the break, while Marcello Trotta had an effort ruled out for offside for the Bees.

The Blades slip to fourth in the table, while Brentford move up to fifth.

"Today we played the best team in the league.

"The way we played in the first half was unbelievable but we got a little bit tired in the second half.

"The average age of our team today was twenty two and a half.

"I have so much respect for my players and what they showed this week and today."

"If you look at the opportunities we had today we could have won two or three games.

"We conceded a poor goal but we started the game off well.

"The second goal was good from their point of view. We had a lot of chances but we didn't take them.

"You can't have that many chances in the game and at least not have a couple of goals on the score sheet."