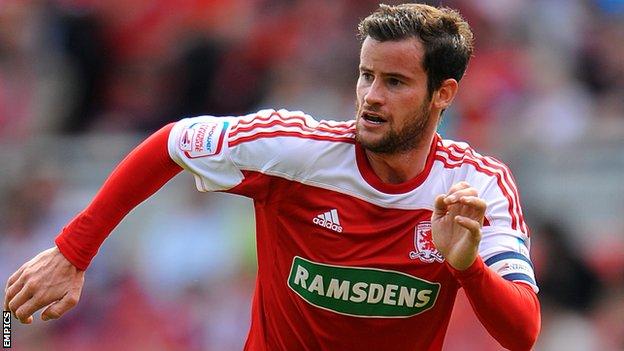 The 25-year-old centre-back has been a free agent since leaving Boro over the summer and was offered a trial at Ashton Gate last month.

"He's had a poor time with injuries but has demonstrated the strength to come back on each occasion," said City manager Derek McInnes.

"He's proved his fitness and is a quality addition to our squad."

McInnes added: "It's a low-risk deal until mid-January, which gives him the opportunity to stake a claim for an extended stay if all goes well."

Bates came through the academy at Middlesbrough, his hometown club, but succession of knee injuries restricted him to 126 appearances over an eight-year period.

He has previously enjoyed loan spells at Darlington, Ipswich Town and Norwich City.