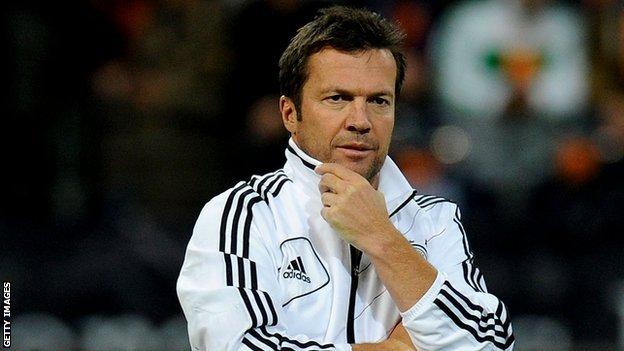 The former Partizan Belgrade, Hungary and Red Bull Salzburg coach has been out of football since failing to guide Bulgaria to Euro 2012.

His representatives are understood to have contacted the Scottish Football Association following Craig Levein's sacking two weeks ago.

Gordon Strachan, Joe Jordan and Owen Coyle remain favourites to get the job.

Matthaus, who starred for Bayern Munich and Inter Milan, won 150 caps for Germany from 1980-2000 and lifted the 1990 World Cup as German captain.

After retiring, he began a nomadic coaching career at Rapid Vienna, before moving on to Partizan - spending a year in each role.

In 2004 he took over as manager of Hungary, where he stayed until 2006, when he was linked with taking over as Hearts manager.

He then moved to Brazil as head coach of Atlético Paranaense, but lasted only seven games before leaving, citing homesickness.

Two months later Matthaus was appointed manager of Red Bull Salzburg, where he was fired despite winning the 2006-07 title.

Maccabi Netanya in Israel was Matthaus' next destination, where he again left after only one season, before becoming manager of Bulgaria in September 2010.

The former midfielder is also well-known in his homeland for a colourful private life, with four failed marriages.