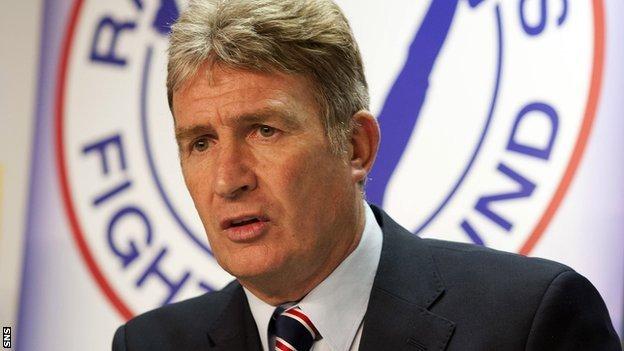 Former Rangers player Sandy Jardine has revealed he is currently being treated for cancer.

Jardine, who currently works for the club, made over 500 Rangers appearances and later played for and managed Hearts. He also won 38 Scotland caps.

"I would like to thank everyone for their best wishes and kind support," the 63-year-old said in a statement.

"As you can appreciate this is a difficult time for me and my family and I ask that you respect our privacy."

Rangers say they will support Jardine and his family throughout his treatment.

"There is little doubt he will fight this disease in the same way he fought bravely in every match he featured as a player and our thoughts are with him and his family at this difficult time," the club stated.