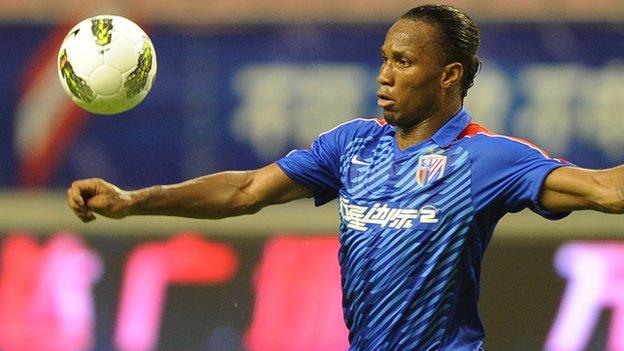 In May, Didier Drogba bowed out after eight seasons at Chelsea with a man-of-the-match performance in the European Champions League final.

Drogba, having been sent off in the final four years earlier, converted the winning penalty as the English club were crowned continental champions for the first time in their history.

The 34-year-old left an indelible mark on English football, before embarking on a brand new adventure by signing for Chinese Super League club, Shanghai Shenhua.

Drogba's euphoric finale in Munich was in stark contrast to the heart-break endured a few months earlier, when playing for his national side at the 2012 Africa Cup of Nations.

The Elephants' skipper had led his talented team to the final for the second time. As with the Nations Cup final against Egypt six years earlier, penalties would decide the outcome.

On this occasion, it was the underdogs of Zambia who shattered Drogba's dream.

During his time with Chelsea, Drogba scored more than 150 goals in almost 350 appearances. He won the Premier League title three times, the FA Cup four times and the League Cup twice.

In October, the Chelsea supporters voted him the club's greatest player.

A previous recipient of the BBC African Footballer of the Year, in 2009, Drogba was a late developer but has wasted little time in becoming one of Africa's greatest exports.