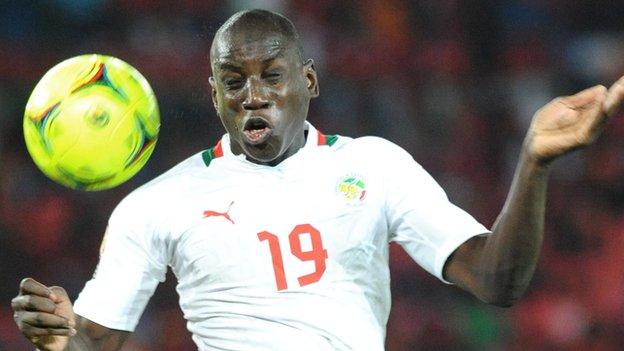 Demba Ba has shown tenacity, determination and clinical finishing to force his way back into the reckoning at Newcastle after a difficult spell.

It is, perhaps, those qualities that have most caught the eye and earned him a place on this year's shortlist.

The 27-year-old Senegal striker made a huge impact at Newcastle when he joined from West Ham in June 2011.

He hit 16 goals in his first season to end the campaign as the club's leading scorer - despite suffering a dip in form when he came back from the 2012 Africa Cup of Nations - helping Newcastle to finish fifth in the table and earn a play-off spot for the Europe League.

Despite not starting every Premier League game this season, Ba has struck eight goals in his 12 appearances - making him the club's highest scorer and the second-highest scorer in the division.

Ba, who was born in France, made his debut for the Teranga Lions against Tanzania back in June 2007 and has scored four times in 16 appearances.

He is part of a wealth of attacking talent at Senegal's disposal, competing for a starting place with his club-mate Papiss Cisse, Moussa Sow and Dame N'Doye and Moussa Konate.

But Ba and his team-mates will not be at next year's Nations Cup in South Africa after Senegal were disqualified because of crowd trouble at their final-round qualifier against Ivory Coast.

Instead, Ba will be looking to fire Newcastle up the table at a crucial time of the season.