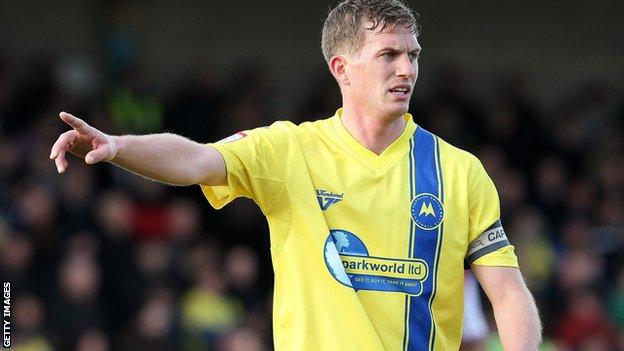 The Gulls skipper was given a straight red for a dangerous tackle on Southend striker Britt Assombalonga.

"There's no way in my mind that Lee Mansell's ever gone to top someone," Ling told BBC Radio Devon.

"He's put his hands up and apologised, and I can live with people like Lee Mansell because he's honest."

But Ling says the club has to be patient with his young squad.

"From the first minute to the last it was a bad day at the office," he said.

"We have an honest group of players, but there are some players out there learning their trade whilst we're playing.

"They showed us what it's all about and made us look very poor on the day.

"That's down to me as the manager and also the players, and the coaching staff, we're all in it together."